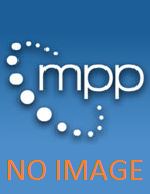 As ambitious as the first edition was at 461 pages, this new work includes nearly 200 more. In addition, Dr. Wolbarst has drafted the assistance of 21 additional coauthors to provide expanded expertise in certain areas: modalities, display physics, radiation safety, imaging uses outside radiology, PACS, the behavior of the human visual system, and the role of the imaging medical physicist in a department. Input from coauthors is scattered throughout the book, sometimes as an appendix to a chapter and sometimes as an independent chapter.

Contrary to the author's stated audience--radiology residents studying for their board examinations--the work has material considerably broader and deeper than what would be required of that mission alone. In fact, the book could well serve as a text for a two-term bioengineering course if it was studied cover to cover. By judicious selection, it could also be abstracted to form the basis of a single-term board course or as an overview for a less technically inclined audience.

Part 1 opens with a three-chapter survey of the modalities in a department and ends with an appendix on the role of a medical physicist. Part 2, titled "Scientific and Technical Basis," consists of 14 chapters that cover kinematics, electromagnetism, nuclear physics, condensed matter physics, electronics, detectors, human perception, physical metrics of image quality, computers, PACS, and a grounding in the mathematics of the preceding topics (periodic functions, logs, calculus, probability, and statistics). Throughout this section, the author not only describes the dry facts of the study, but also includes interesting historical background (such as the family history of the Becquerels and the romantic habits of Nicola Tesla). Parts 3 and beyond cover single-topic collections of chapters, including analog radiographic and fluoroscopic methods and digital imaging methods (computed radiography, digital radiography, CT, MRI, sonography, nuclear medicine, PET, and emerging methods). The final section concludes on radiation safety. The work ends with a "Solutions to Exercises" section, more than 200 references, and an index of over 2,000 entries.

The second edition of Physics of Radiology is an excellent reference for either the technical student who desires information on modalities outside of their specialty or the radiology resident needing a physics review for their board examinations. Wolbarst has a conversational style that makes reading the book a pleasure rather than a chore. Furthermore, he paints a portrait of the history and personalities involved in the science, an altogether too rare perspective, and the additional contributions from the coauthors appear as a natural extension of the text rather than a forced addition. An earlier reviewer (Peter Wooten) wrote the following about the first edition of Physics of Radiology: "The book is a pleasure to read. I stand in awe." That assessment is still accurate.